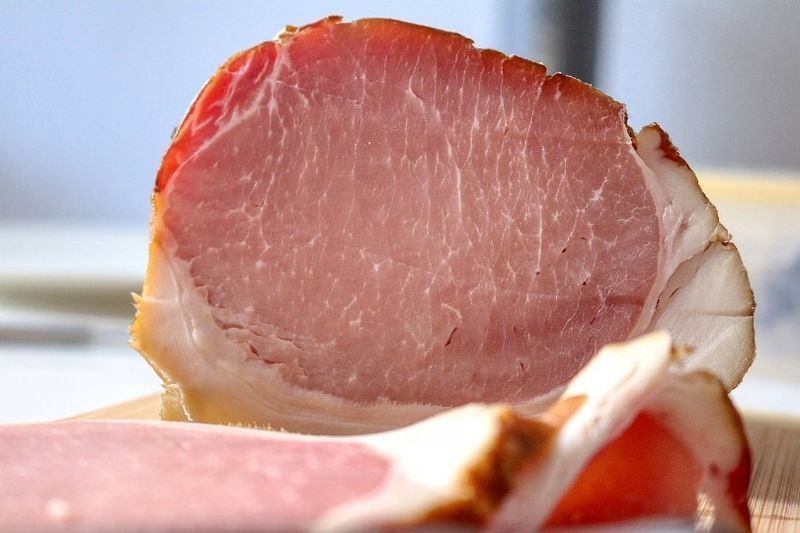 Can Cats Eat Ham? Our pets often let us know what interests them. They are sometimes quite blunt with their opinions, making sure we don’t miss the signals they’re trying to give us. Food is often irritating to pets, and many will come the moment they hear a package being ripped open. While many foods are not safe to share with your beloved pets, some foods seem harmless. If you know that cats are carnivores, then when your cat looks at you as you pop that tasty piece of ham in its mouth, you’re probably thinking it’s a safe enough treat to offer your favorite furry friend.

Fortunately, ham is a safe snack for cats, but it shouldn’t be a staple in their diets . As cats are obligate carnivores and ham comes directly from pigs, it does not pose an immediate risk if your cat eats it. However, ham should not be included in your cat’s usual menu. Despite being an animal protein source, it is not an ideal protein source for felines due to some of the other additives found in ham, which we will discuss in this article. 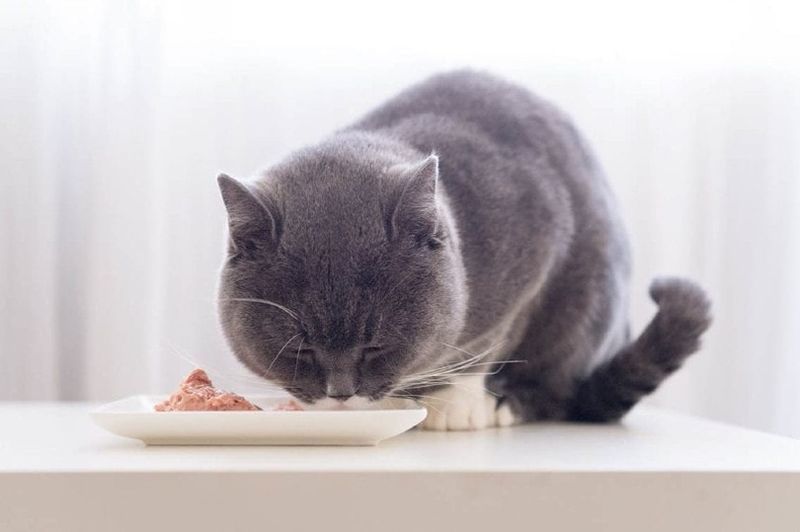 Before we start discussing the benefits and disadvantages of feeding your feline ham, it’s important to first understand what a cat’s diet should look like. Cats are obligate carnivores, which means they get all the nutrients their bodies need from eating other animals. In the wild, cats do not eat any type of plant matter such as fruits, vegetables or herbs. Instead, they hunt and kill everything they eat.

Shih Tzu Mixed With A Bichon

Domestic cats obviously do not hunt or kill live animals on a regular basis. Still, their diet should reflect what they would naturally eat in the wild. Cats should eat a high-protein, low-carb diet with a moderate amount of fat. 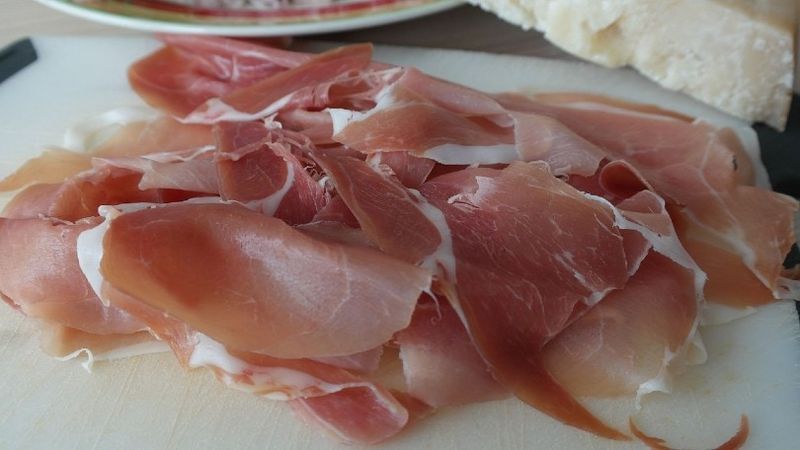 So where does ham fit into this equation? Well, ham is an animal protein, so it’s a good start. 85 grams of ham contains approximately four grams of fat and 14 grams of protein for a total of 100 calories. Thus, the ham is rich in protein, just as the cat demands. But these numbers can be misleading. Fat contains more calories per gram than protein, and in 100 calories of ham, there are 36 calories of fat, which means that ham contains more than a third of fat.

Fortunately, ham is essentially carb-free, but this high fat content is what keeps it from being a good staple food for felines. Too much fat in the diet can easily make a cat overweight, and from there it’s a small step towards obesity. Obese cats are at greater risk of illness and tend to have a lower quality of life, so this is not a destination you would want to take your feline to.

However, it’s not just the fat in the ham that is bad for your cat. That same 100 calories of ham contains an outrageous 1,050 milligrams of sodium. While sodium won’t kill your cat, it can contribute to dehydration and high blood pressure.

Ham is usually cooked with other seasonings and spices. It is rare that a single piece of ham is commercialized. However, these added spices can be toxic to your cat. For example, garlic and onions are commonly used to flavor ham, but both are toxic to your cat. If one of these two was used to season the ham you give your feline, it could make him sick.

Are ham bones safe for cats?

There’s no doubt your cat would love to chew on that ham bone, but the truth is, it can be dangerous for your feline. The bone can easily chip when the cat chews it, which can damage the mouth. The splinters can even end up in your cat’s digestive system and cause internal damage.

How To Make A Dog Feeder

Benefits of giving ham to a cat 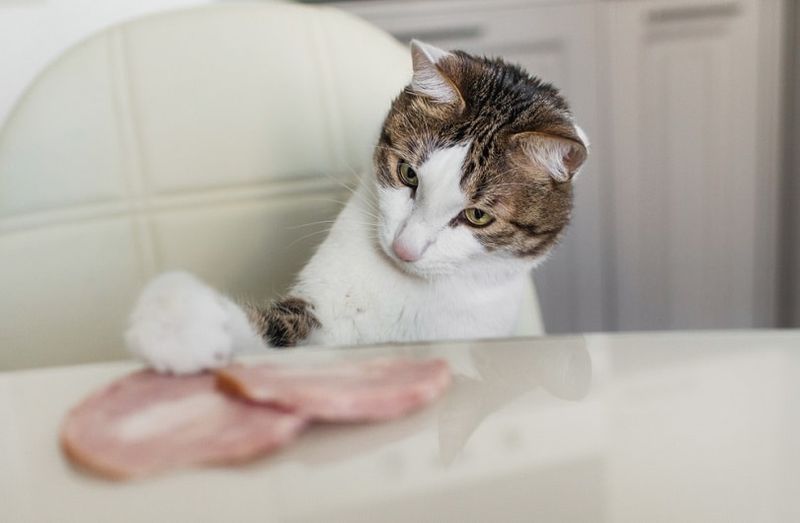 While it’s true that there are some downsides to feeding your cat too much ham, a little can be beneficial. For starters, ham is high in protein, which can help keep your cat healthy. Ham also contains essential micronutrients and minerals such as phosphorus and several vitamins from the B vitamins group. Ham also contains nine essential amino acids that can benefit your cat. Additionally, your cat will get plenty of taurine from the ham, which is vital for maintaining proper feline health.

How much ham can cats eat?

As a general rule of thumb, foods outside of your cat’s staple diet should not make up more than 10% of their total food intake. Therefore, you should only offer ham in very small doses and only occasionally. It shouldn’t become a daily prize. The high fat and salt content of ham starts to become an issue the more you offer it to your cat, although it is perfectly safe in small doses.

How to feed a cat ham 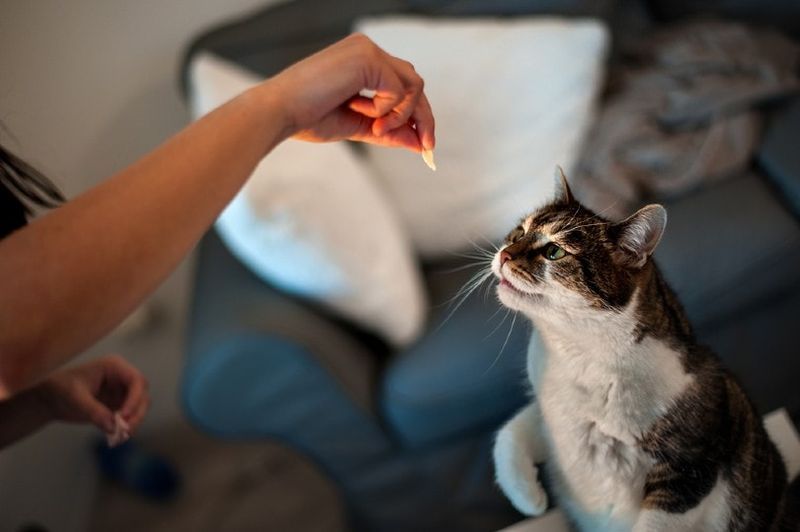 If you want to give your cat ham, offer only cooked, unseasoned ham. Raw ham can contain parasites that can be harmful to your cat. The spices commonly found in ham can be toxic. Also, avoid pre-cut cold cuts, as they tend to have an even higher salt content than other types of ham. You should cook the ham yourself to make sure it doesn’t contain any additives or seasonings that could harm your cat. And finally, make sure you cut it into pieces small enough that it doesn’t pose a choking hazard.

Should you give your feline ham?

What you choose to feed your cat is a personal decision. It’s different for every family and feline. When it comes to feeding your cat ham, you can do it safely as long as you practice moderation. Ham should not be provided as part of your cat’s regular diet, but occasionally offering ham as a treat or snack can provide some beneficial nutrients and is a tasty treat your cat is sure to enjoy.