Dogs are able to empathize with the owner

As part of the study, a mirror test was used. As the publication explains, two red dots are imperceptibly applied to the animal, after which, looking at itself in the mirror, it must show that it has noticed changes. Previously, only some species of monkeys , dolphins , ants , and also one species of elephants could pass such a test besides humans . At the same time, the dogs were absolutely indifferent to the mirror test; therefore, the opinion was fixed in their attitude that, despite the high level of cognitive activity, they are not aware of themselves as a separate being. 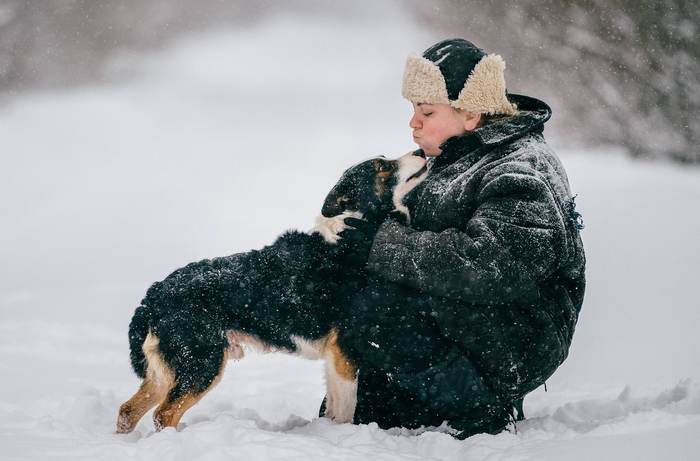 However, Cazzola, in order to refute the established opinion, suggested that dogs do not look in the mirror, but sniff objects, since the sense of smell for these animals is much more important than sight. During the year, four dogs took part in the experiment. The scientist took urine samples from them and marked objects in the enclosures for them, after which he launched the dogs there. As it turned out from the results of the study, the dogs were almost not interested in objects marked with their urine, but they showed curiosity in relation to other people’s smells.

“Most likely, the animal was not interested in its own smell, because it recognized it. This gives us reason to believe that, in a certain sense, self-awareness exists in dogs. The development of empathy is also associated with this ability – understanding what feelings another being experiences. Now, when you look at your dog, remember that at any moment she can think about you, understand your feelings and empathize,” the scientist said.