From childhood, everyone knows the rule that, having met an aggressive dog on the way, you cannot show your fear to it. How does a dog’s sense of smell work and does the animal really feel that a person is afraid?

Dogs are known for their high level of smell, since it is very important for their life (along with human vision). The development of the sense of smell in these animals is due to the peculiarities of the brain, as well as the structure of the nasopharynx. 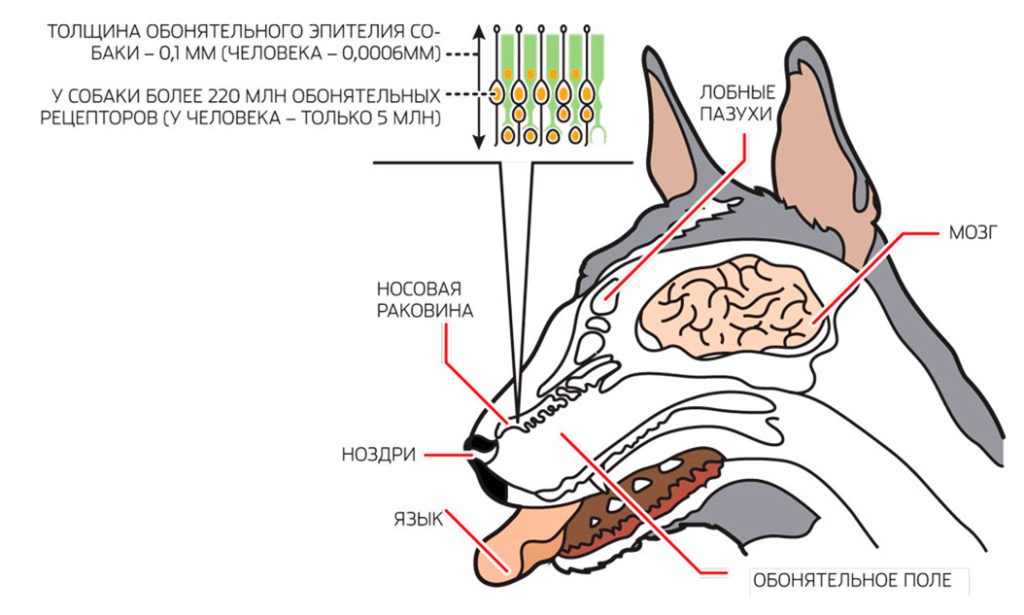 If a person perceives any fragrance as a whole, a dog is able to divide it into dozens of components and feel each one separately. It is no coincidence that her nose is always wet – it is covered with mucus inside and out.

If a person perceives any fragrance as a whole, a dog is able to divide it into dozens of components and feel each one separately. It is no coincidence that her nose is always wet – it is covered with mucus inside and out.

Carefully examining the nose, you can see that in addition to the main round openings of the nostrils, there are cuts on the sides. They play an important role in odor recognition. During a normal breath, 47% of all air enters through the lateral nostrils, and when the dog sniffs, 53%.

The ability to sniff is an amazing animal skill. In this case, the dog can intensively draw in air up to 7 times. During sniffing, air enters differently than during a normal breath – it moves through a special sublattice protrusion in the nose. This allows the odor molecules to accumulate so that the dog can analyze it even more clearly. 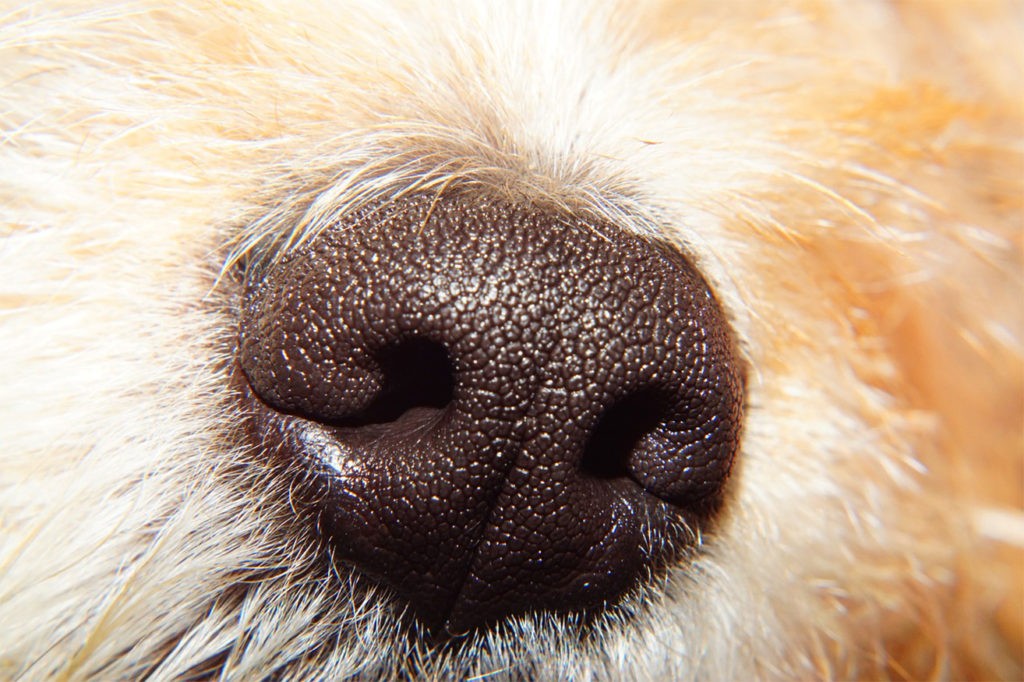 The nostrils of the animal are mobile. In a calm state, the nose “collects” information from the front and side. Each nostril covers the air in a radius of 30-130 degrees. If the dog is alert, the radius of coverage increases to 150 degrees.

Receptors located in the nose capture the molecules of various substances and “transmit” information to the brain. From such receptors, an epithelium is formed, with an area of ​​\u200b\u200b250 cm 2 (depending on a particular breed). For comparison, the olfactory epithelium in humans occupies no more than 10 cm 2

According to some reports, the dog is able to smell at a distance of about 1 km. She smells even when she breathes in through her mouth. On the palate, the animal has a small tubercle – the vomer-nasal organ associated with the nose and mouth. It is covered with receptors and captures pheromones. Источник:

Breeds-record holders for the number of odor receptors:

How does a dog understand that a person is afraid?

When a feeling of fear arises in the human body, specific hormones are produced. These are adrenaline and norepinephrine. Hormones are produced by the adrenal glands, and each of them causes certain changes in the body, a reaction to fear and stress.

These changes affect the composition and, accordingly, the smell of human body sweat due to the emitted volatile substances. Experimentally, it has been repeatedly proven that dogs are able to feel an increase in the level of adrenaline in the blood.

But the same experiments showed that they do not associate the smell of adrenaline with fear. For animals, this scent means excitement. A person’s behavior plays a significant role – the way he speaks, moves. Источник:

For example, in one of the experiments, all participants imitated fear with the help of different movements, gestures and facial expressions. At the same time, half were injected with adrenaline, and the other half were not.

Dogs reacted equally aggressively to both groups of people. The conducted experiments allow us to conclude that dogs really feel when they are afraid. The smell of adrenaline serves as a signal to them that a person is worried, but behavior is still a more significant sign of fear.